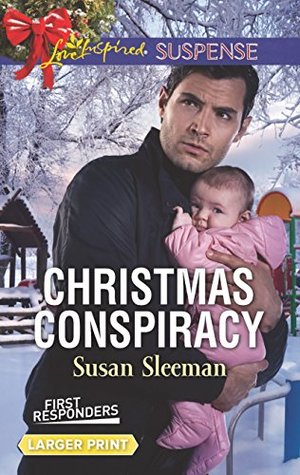 Rachael arrived early at the day care center she owned. She was helping a single mother out by watching her baby before the center opened. She didn't expect to be drugged, almost killed, and have an attempted kidnapping. Since the kidnapper thinks she saw his face, she has a target on her back. Jake Marsh, a first responder, is working furiously to protect Rachael and Kelly, the little baby.

Like all of this author's books, this one started off with a major event and the suspense didn't let up until the very end. The characters were well developed and the romantic relationship between the two main characters was sweet. While I've read all of the other books in the series, I think this book would definitely work well as a stand-alone. But for someone who has been following each person on the First Responders team, it was great to see where each story was going after their book ended. This is a fun book that will be enjoyed by anyone who enjoys suspense, drama, clean romance, and strong elements of faith and family. Loved this book and can't wait for the next one.

I received a copy of this book from the publisher. All opinions expressed are my own.
Posted by Unknown at 7:20 AM