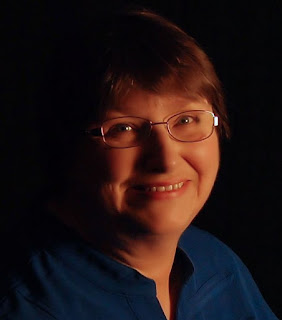 This week, we're pleased to feature the winner of the July Clash of the Titles competition. Susan Page Davis is the author of more than sixty published novels. She’s a two-time winner of the Inspirational Readers’ Choice Award, and also a winner of the Carol Award,  the Will Rogers Medallion, and was a finalist in the WILLA Awards and the More Than Magic Contest.

A Maine native, she now lives in Kentucky. Her historical romance The Outlaw Takes a Bride is a finalist in the 2015 Will Rogers Medallion Awards.
Her latest accomplishment is having her brand new June release, River Rest, be chosen as the July Clash of the Titles victor.

We asked Susan to tell us a little about writing River Rest. Here's what she had to say.

CBA: What made you choose the setting for your story?


SPD: My great-aunt left a journal she wrote in the 1920s and ’30s. It gave such a vivid picture of life in rural Maine that I wanted to write a story in that setting. I decided to push it back to 1918, near the end of World War I, because of the added tension and also because my grandfather (Aunt Belle’s brother-in-law) served in WWI. He was drafted close to the end of the war, and I adapted some details of his story to fit in for my heroine, Judith’s brother. River Rest is purely fiction, but many of the events in it were inspired by things that really happened in my family.

CBA: Do your characters have anything in common with real people?

SPD: In real life, my grandmother (Aunt Belle’s sister) was a schoolteacher before she married my grandfather. Judith has a lot in common with both my Nana and Aunt Belle. She loves her bird feeder, she learns to make quilts, and she cooks many of the same things my Nana served. Her life on the farm is a lot like theirs was. I love Judith because she keeps on, even when she is tempted to fall into depression as her father did. She knows people are depending on her, so she perseveres.


CBA: You mention your story was inspired by your great-aunt's journal. What's the best thing you learned from reading what she wrote?

SPD: My Great-aunt Belle, who wrote the journal, died in 1939, long before I was born. She was 55, and she died from complications of appendicitis. I never got the chance to know her, and I would love to be able to sit down with her for a cup of tea. As a side note, I had acute appendicitis myself in 1985, and it was no fun then, with modern medicine to help me out. Aunt Belle noted so many cultural things in her diary—who she voted for, the famous boxers of the day, the way the neighboring farm boys were building tractors out of truck chassis, and all the community events and gossip. She never had children of her own, but she doted on her nieces and nephews. I think I would have loved her.


Thanks to Susan for her insights. You may visit her at her website at: www.susanpagedavis.com . 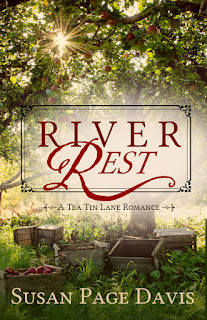 River Rest sounds like an interesting read. Here's more about the book:

Unable to depend on her father to heal the crumbling family, Judith is afraid to trust the mysterious neighbor, Ben, who lives with his own grief.

Judith Chadbourne gave up her teaching job after her mother’s death to help her father with her five siblings. But when her father sinks into deep depression and her brother Joel is drafted, the household chores and farm work may overwhelm her. Neighbor Ben Thayer offers to buy their farm, shocking Judith and angering her father. An outsider from New York, Ben seems rich and mysterious, but his heart aches from his own loss. Judith accidentally breaks the antique crystal Christmas ornament her mother loved. The splintering star echoes her family’s shattering. Ben’s efforts to help make Judith suspicious, but when Joel falls critically ill at the army camp, Ben’s aid brings the beginnings of trust. After the armistice, and the community and family start to recover from the strain of the war, but Judith learns independence is lonely. When Ben is injured, she is the only one who can help him. Can love take her beyond the frozen Maine winter?


If you're into period romances, be sure to check this one out! A plethora of people voted this into their TBR pile. You might want to join them!

Paperback
Posted by Unknown at 7:05 PM

Tima, thank you so much for featuring my book! I was thrilled to hear it had won the Clash of the Titles. This book holds a special place in my heart.