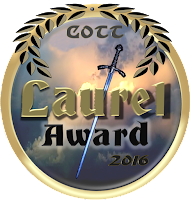 Clash of the Titles extends a heartfelt congratulations to author Delia Latham for her exemplary writing. We wish God's richest blessings on her future work.

About At First Sight :

Cord doesn’t believe in marital bliss after seeing the mockery his parents made of their vows. He’s promised himself he’ll live as the Apostle Paul lived, dedicating himself solely to God. When his heart turns traitor, Cord has to completely rethink his position on love.

Things around Riverbend House of Worship take on some humorous, heart-touching, soul-stirring twists and turns, with Reagan and Cord so busy getting in God’s way that they can’t see the path He has laid out for them to travel…together.

At First Sight is part of the Pure Amore bundle of 12 novels that celebrate purity. Use the code Laurel2016 to receive the bundle at 50% OFF. (expires 31 July 2016)


LISTEN TO A RADIO INTERVIEW WITH THE AUTHOR!

Delia in her own words: 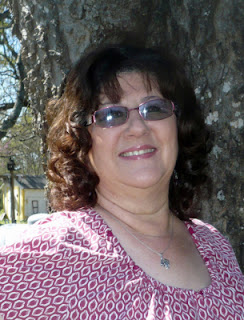 A born-and-bred California gal, I grew up in a little community called Weedpatch. Nope, that's not a typo. It's a few miles southeast of Bakersfield, and in the...well, I won't say how many years since I left there...Weedpatch has even found its way onto a map or two.

Writing has been my passion since third grade, when I won an essay writing contest and took home the coveted prize: a beautiful bed doll with an overstuffed pink, quilted satin skirt. Remember them? Huge, padded skirts, some (like mine) with flat cardboard bottoms to accommodate display. The doll's feet were hidden away somewhere in all that finery, never again to see the light of day.  These fancy ladies were most often used as centerpieces for beds, and that's where mine went - smack in the middle of my unimposing bed in my unmatched, Salvation Army-furnished bedroom. It was the most elegant item I had ever owned, and I was one proud little lassie.  (Ahem ... surely someone  else remembers those dollies?)​

Winning that contest made a profound impact on my young psyche - enough so that I never stopped writing. From those first little songs and poems and (very bad) short stories, I graduated to Staff Writer for a large daily newspaper; freelanced for an upper-scale regional magazine; and finally began writing fiction...which was my goal all along.

Thank you for making space for this article on your blog! :)