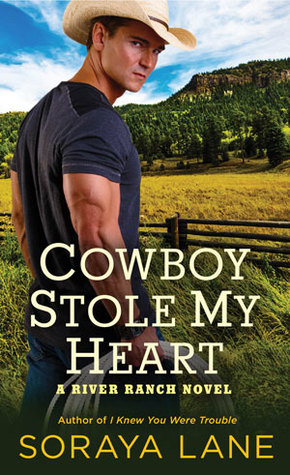 Sam is known for his work with troubled horses. He's become somewhat of a celebrity, complete with tours and publicists wanting to work for him. But he really just wants to go home and work his ranch. So when he receives a message from Mr. Ford, who owns River Ranch, he's reluctant to go. But he can't turn down a troubled horse. When he arrives, he finds out that the horse belongs to the heiress of the River Ranch fortune, Mia Ford.

This was a different plot than the usual ones, so that was nice. The author did a great job of creating the tension and chemistry between the main characters. If you like lots of angst and drama in a relationship, then you'll love this story. The characters were well developed and brought a lot to the plot. I enjoyed the parts about the horses and how the main character worked with them. This has more bedroom scenes than some people might like in a romance. It got a bit steamy in places. The secondary characters were either vague or I felt like I was missing something from a previous book/story that I hand't read. But since this is the first book in the series, I'm guessing that more will be told in the next book. There were some parts of the book that really dragged out and then parts that rushed through. Overall, I would say it was an

I received a copy of this book from Goodreads. All thoughts expressed are my own.
Posted by Unknown at 12:11 PM

Email ThisBlogThis!Share to TwitterShare to FacebookShare to Pinterest
Labels: Goodreads